It time to say RIP to my old website and the old design that I've had for the past 6years! 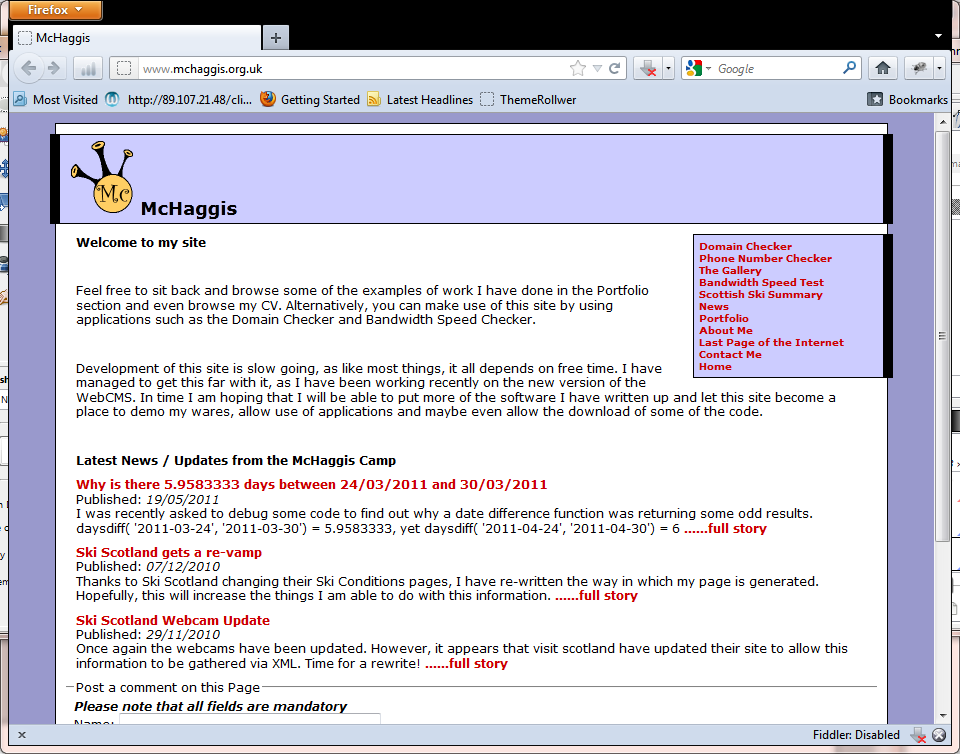 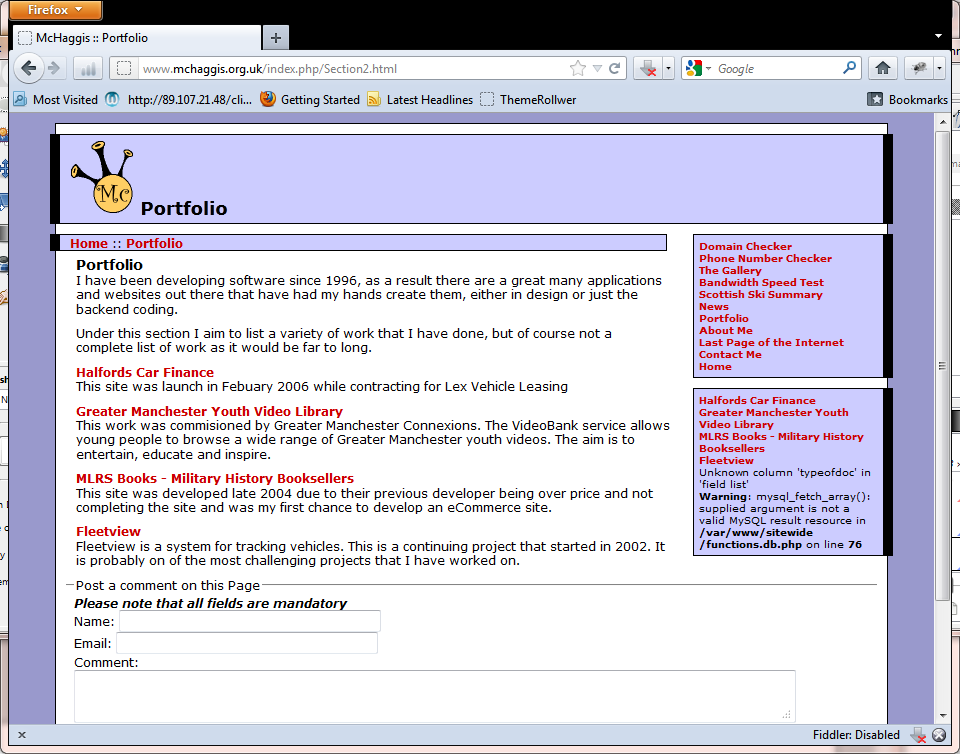 Finally I have gotten around to releasing my all new singing website. OK, it's still got work, but such is the way with websites﻿. But hopefully the errors are all gone.

The CMS has been built from ground up. It was first prototyped early 2011. My motivation for this rewriting my CMS was due to it's age. Developing the CMS has been a bit of a hobby for me over the years. I have been tempted a few times to abandon the project and start using Drupal, however, it's just far too bloated for my liking and besides, I didn't write it. I know people who say that it's reinventing the wheel and those that say you're not a programmer until you've written you own CMS. Well I'm certainly both of those people.

So why did I write my own? Well, I started writing content management systems (not just for websites) about 10years ago, long before Drupal, Joomla or Mambo were dreamt up. My aim has always been to make a SEO CMS that is simple and suits "most" website requirements. It's never been, nor ever will be a feature rich as those other CMS's, but it will also be simple and while I have a website, it will most certainly be the engine underneath.

There are somethings that are still missing from this release. For example, the comments have not been implemented and imported yet (that's next). Also, there is some work to do on navigation areas like related articles and paging, but a wise man said "Release early, release often" and I have always tried to stick to that, and stick to that I did with this CMS. The first iteration of the rewrite was release back in January 2011 when Bakewell Holiday Cottages was launched, the Taiga Joinery was released in October last year before finally I enhanced it further and Ringo Simpkins was launched (although I only worked on the back-end and not the design of this website).

So please bare with me, as I only get limited time to work on the content for this site, and this project in-fact. However, I have a plan to get my portfolio and other sections populated in the next month or so.