Who the hell is "Tim Burnett Lee" - Blogs

Who the hell is "Tim Burnett Lee" 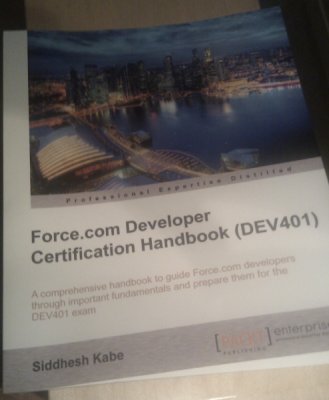 Last night my wife settled down to read her latest book purchase "Force.com Developer Certification Handbook (DEV401)﻿". It was published in January 2012 and recommend to her by a colleague, as she is looking to become a certified force.com developer.

After thumbing through, she started reading the preface. After reading out the rather cool Albert Einstein quote, she went silent and asked me: Who invented the Internet?. After frowning at her, I responded with "Tim Berners-Lee. Why?". Her sole response was to pass me the book and invite me to read. What I read had me chuckling for the rest of the night... 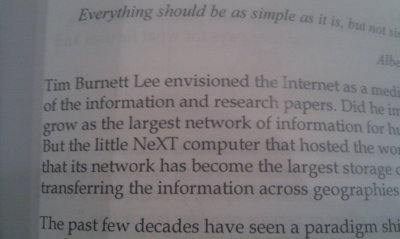 Google Books Preview of this page

Ok, I acknowledge that Sir Tim Berners-Lee did not technically invent the Internet, he invented the World Wide Web, which is not the Internet (something I used to jump up and down about alot in my youth) although, without him this site wouldn't exist and nor would force.com or the authors website and the Internet would have remained a cluttered network of computers with no consistent structure or interface. Granted, the author of the book is not saying anything more than Tim Berners-Lee "envisioned the Internet as a medium for the quickest exchange of information and research papers." and if that was the statement full stop, then you could pretend that there was no mistake and that the author is just refering to someone he knows, that just so happens to share a very similar name to Tim Berners-Lee. Until you read his comic site and the artcle written back in january 2010 "Of man, woman and the missing link in evolution﻿"

Tim Burnett Lee showed the internet in the office canteen, and people said, ‘Yeah a lazy geek who hates carrying documents around, build a computer system to share it, what’s new?’ in next break, someone else said, ‘Hey I got a picture of a female, shall I share it with you?’ Tan da da… Internet burst open…everyone in it.﻿

The things that immediately strikes me about this mistake (and I can only hope it's a mistake) are:

My wife started to defend the author by pointing out that English was not his first language, however, that only excuses poor grammar or spelling (like the ones exhibited on his website and twitter feed). This is a bold statement that opens the book and while I don't really want to slate the author, as it could just be a simple uneducated editorial correction that the author was unaware of, it does nothing for him in promoting his skills and makes you wonder what other mistakes could be in the book.

Let's just hope that the question on the history of the Internet is not part of the force.com certification exam.

I should also note, that my wife has posted an Errata on the publishers support page at http://www.packtpub.com/support, although selecting the book in question returns the following statement (at the time of writing this article)﻿:

Known errata are listed here. Please let us know if you have found any errata not on this list by completing the errata submission form. Our editors will check them and post them to the list. Thank you.